I have already posted a picture of the west Front of Exeter Cathedral here which was completed in 1400. It has the longest un-interupted nave in the country, but I didn't have time for a visit!

However I did take a few pictures as I walked around - and below the cut are some vies of a city that was started before The Norman Conquest of 1066, and some of the properties that survived the Blitz. there is still some Roman wall, but sadly I didn't go to that part of the town!


The Medieval Church of St Pancras 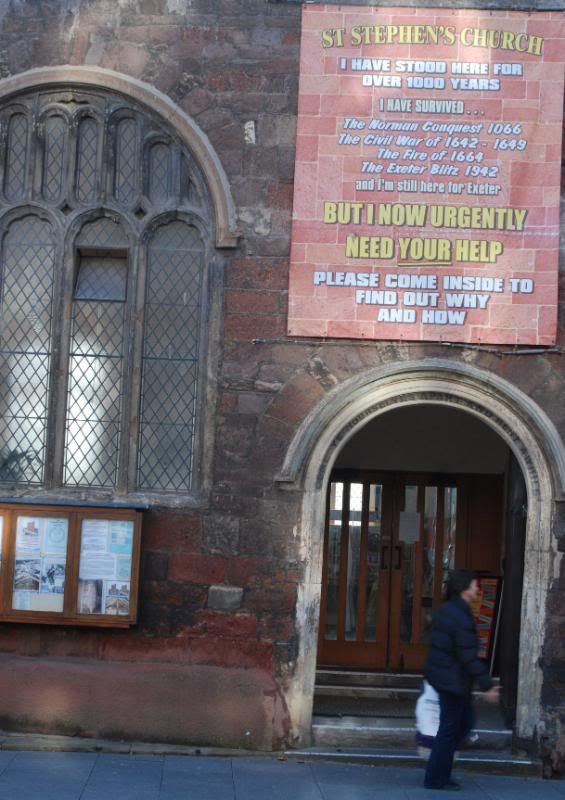 Some of the sixteenth century houses.

When sections of the city had to be re-built after the war, this mural was painted on the side of the surviving older properties.

They are re-landscaping about 1/2 of the city - including here - leaving the ancient, while making it sake and adding modern decorations ... the glass panels have pieces of old pottery embedded in them.

And now to some of the modern shopping developement ... getting ready for Christmas.