Once I had done that I went out to Oxford Street ... late night shopping, although I only bought a MacDonalds, I had fun wandering round the shops.

What a lovely day ... busy, and educational ... and so cold I had to buy another coat!

Anyway this morning was The Imperial War Museum, then in the afternoon The British Museum -

Again full reports to follow.  In the evening I wandered around Leicester Square and down Regent Street.

I did say I fell out of the shower first thing, but JamesFog meant I didn't really have problems ... or maybe it was seeing the foot that evening made me realise how sore it was!

A long journey home again ... Tim & Claire picked me up at the coach station and dropped me off at my place so that I could get my car to get home ... I think they just wanted to see how my day with James went!

Anyway - back in South Devon - 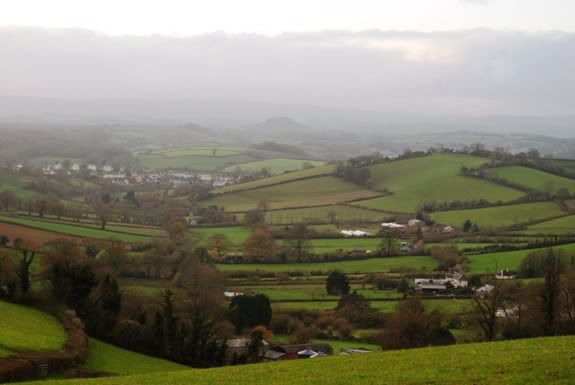 What can I say - other than the fact James is one gorgeous guy who still continues to give so much to his fans .... old and new.

The rest of my weekend report will go up later, but I need to babble about James, otherwise I think I may explode - and that would be a real mess over Dad's computer!

The event was at St Paul's, Covent Garden and as you can see it is in a central location, and the area was having a Christmas Fair ... which was lovely to see, but only as part of the backdrop to the more important details of the day - Squee, I saw James arrive, but didn't dare even say Hello (using the excuse that it was "his" time, he wouldn't want to be disturbed!

And was pleased to spot

luckster25and her fiance .... we had met at the last event, and it was wonderful to see her again - and to get a great big hug.

We chatted, and squeeeeeeed, and then the time came to go in -  The queue was great - seeing a few faces that I recognised from past events ... and getting the biggest hug from

deborahw37... who I had met at my first ever James event.  All of us have so much to thank James for ... and one of those things is friends.

As we entered we all had a Christmas pressie (mine was make-up which I laughed at, as I don't wear it!  Maybe I should take the hint!!) ... and a Christmas card.

I was in the second row back, and smiled at a few faces I knew, sadly though many friends that I had met weren't there this year ... but there again, the person next but one to me was a newbie ... so it was great to get to know her.

As ever the evnt started with hellos, and details about buying more photos (which you already know I did) ... and Steve (James manager) selling things - 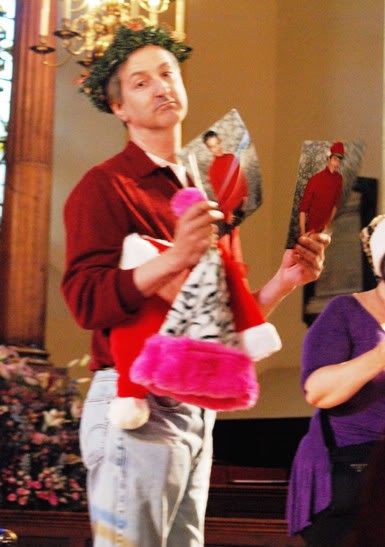 And, so started my day!

Day off work today and I did some Christmas shopping ... but was also a good girl in that I went and looked at (and bought some) paint to get the decorating underway.

You have already seen the pics .... but to be logical I must scribble about my photos with James.

As you already know I don't have a great concept of "me", and so I hate having my photo taken, but we all get one picture anyway ... and as I always hope I will get a decnt image I bought some more.

This time everyone had their picrure taken, and I was glad when I saw mine that I was had more taken.  The first one seemed to me, as if I was scared!  How that could be, I don't know, as James gives the most wonderful hug, and makes you feel relaxed.  Still it was great to see him, and I even managed half a sentance of babble ... which is more than normal; so I must be improving.  Turning 50 is good for me!

After that we had any extra pictures taken ... and I will admit that I do quite like one of them... a bit!  Which says a lot!

The last picture we had been told by Steve, that we could wear a Santa hat if we wanted to .... but James took it and wore it, making Steve laugh, which is why the picture is more relaxed.

Sadly I only managed about half another sentance ... so my hopes that my JamesFog wouldn't take over are dashed!

If you missed the post, the 5 pictures are here

When I was at school English was my worst subject, which is why my fan-fic scribble that falling for Spike led me to, has been so very special.  (Thank you, James)

Anyway, because of that, Charles Dickens was not an author that I read much of ... so, although I know the basic concept of this story, I didn't know the details.  Now I do.

Before James started he told us that when he left college he was so impressed with his speach that he read the book to his family ... and it took 3 hours, during which he is now sure they were bored!

So, he now read an abreviated version ... and anyone who knows his reading of the Jim Butcher stories can imagine the way each character had their own voice.  Scrooge himself was great - and I am yet again, more impressed with his skills ... one superb actor.

And, now I know how the story goes, so a double thank you, James!

As I said earlier, I took a lot of photos.  I was lucky where I sat, and James is so expressive while talking, I got a few nice images.

This is one of my favourites - 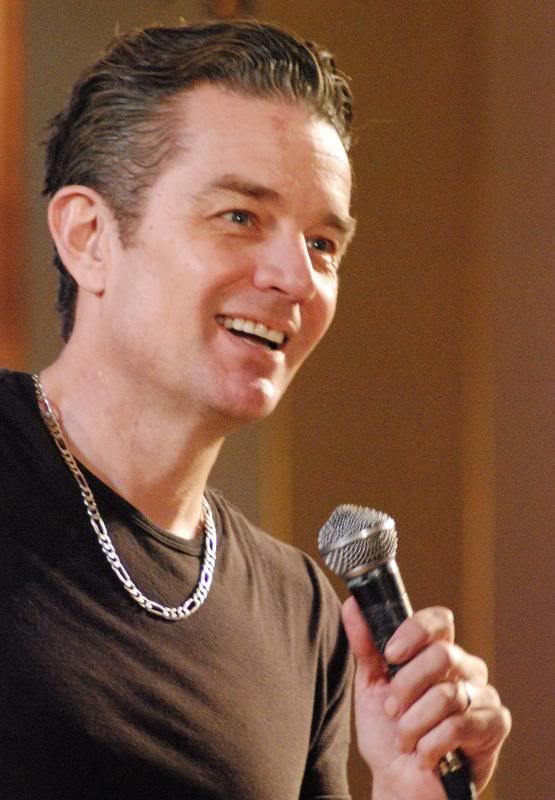 After the reading, we had a short break, to wander round, go to the loo ... or whatever.

Then it was back to a James Q&A.

The microphone was set up so that anyone who wanted to ask a question got to stand in the centre aisle.  As ever, there were a wide range of questions ... and he answered most of them completely, although one person asked a 2-part question, which he ignored the second half of ... whether that was deliberate or not, I won't say.  The question he didn't answer was, "At the end, was Buffy in love with Spike, when she said so?"