I changed my internet provider yesterday - and was without internet or even a phone for 36 hours!

This morning I still couldn't get a signal, so have just turned back on ready to phone the help-line and was again told they couldn't connect me - as I was already connected!!!!

So glad I love you all, otherwise I would wonder why I would bother!

So, be prepared for SPAM - as I have 2 days of DJ, and memes to catch up with!

I love the snow globe - you must know that it is something I always wanted to own - so now I have my special LJ one ... a lovely treat after the weird 24 hours I have had!

Not my typical picture that I share - this is the poor boy, after yet another night in a muddy wet field ... in the rain. I have just brought him in, and as you can see he used the chance to relax!

Bet you all wondered what on earth I would be posting - but it's OK, no shocks here!!!! Last night was the first night that Smudge (in foreground) and Junior stayed in overnight. I arrived, while they are still waiting to go out to their field for the day.

Yet another hard picture to choose - mostly because you see so many of my photographs.

So, I decided to post this picture that I took on holiday in Corfu - one of the few where I tried being "artistic" ... but I actually never got around to sharing it - so, this is my chance!!

For those you have forgotten -

As you saw in the 366 meme photograph, I brought DJ in yesterday morning - but just to have new shoes!

When I went to get him from his field, I was aware of a horse calling to me, and thought it sounded like DJ but as I couldn't see him, I thought it must have been Smudge, as he sometimes calls, and I can't see him in his field. However as I walked along, I was aware of Badger watching me, so I looked at him, and noticed that DJ had "moved home" over the weekend - yes, he was calling to tell me I was going the wrong way! So, I turned around and walked his way, to his accompanying calls ... telling me "About time you listened to me"

He had been moved, along with Conrad, in with Badger, ready for the winter.

So, in we walked, in the pouring rain ... as you can tell in the photo it isn't the best of weather at present!

I gave him a bit of a groom - mostly sparying ang combing his tail and mane ... the rest of the time, letting him relax.

When Ian arrived, it was still pouring, so we went into the barn, as he is normally shod outdoors, and the region in front of the stables was full of drying rugs! As there was no where to tie him, I stood and held him fr the hour.

So, a new set of shoes later ... and having had a feed I walked him back to his field ... now I knew where he lived! The great thing was that by now it had actually stopped raining, for a couple of hours, so he could go out, warmish ... and dryish, to get back to the serious business of eating!

Back in 2008 I posted this picture of myself, that was taken in 1983 - But, today I am also going to post a picture that was taken (slightly) before then - 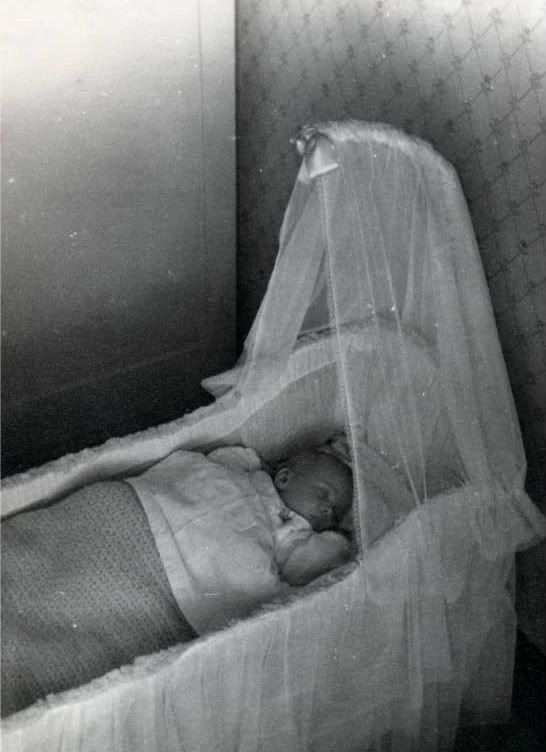 Ros and I have said this over the last couple of years that our weekly meeting on a Wednesday morning is usually dry.

In fact there had been little rain overnight, although DJs coat was still wet in places - and he had obviously recently rolled ... the darling!

When I went to get him today, he and Badger had a slight debate as to who I had gone to collect ... DJ won! Badger is a bit of a bully, but DJ, although he got psuhed away, didn't run away, so I was pleased he stood his ground, as he tends to be a softie.

I got him in, groomed and tacked up in time to meet up with Ros and Shadow. We only went "up the road" as she didn't have much time, and I wanted to get back to get this internet problem sorted out.

Still it was good - and DJ was brilliantly behaved ... and so he had his meal before going back out to his field, to actually spend a day in dry weather - which in itself is worth noting at present!
Collapse