These are actually the highest falls in England.  They are situated on the southern edge of Datmoor and are partly man-made. As you can see here in this section copied from the web site, which can be found Here if you want to read more.

Lady Exmouth Waterfall
In 1880 Lady Susan Exmouth created this present waterfall, diverting water from the original natural falls which still tumble down through the secret garden away to the left.
Lady Susan employed the local miners who lost their jobs when the Frank Mills Mine closed in 1880. The miners restored and redirected the leat that originally fed water to the mine and the resulting waterfalls, 220ft (67 metres) were and still are, the highest falls in England and a tremendous example of the 'Victorian Folly'.
The leat was an impressive feat of engineering drawing water from further up the valley. At one stage this water was used to power an overshot waterwheel at a timber sawmill Lady Susan established at the foot of the Falls. This was another initiative to create employment and prosperity in the area. The water was channelled down wooden launders (chutes) to the mill and you can see evidence of these in the banks near the bottom Clampitt Falls.
A circular concrete reservoir near Bruce's Pond acted as a filter for some of the water which was piped to the miners cottages, the remains of which can be seen near the old airshaft by the children's assault course. Large iron pipes which carried the water to the mine and later to the cottages are still evident near the pathways near Lady Exmouth's Bridge.
Well, last Saturday, Mum, Dad, Jiffy and I met up with Tim and Claire to go for a walk. The weather wasn't great, but considering what weather we have had this summer (and are having as I type this) we were all right.

We did the basic "walk", to the top of the waterfall and back. There are other walks laid out, those that avoid the falls and just walk round the lakes, was the one rec'd for the "elderly", but as my parents are only 83 and 80, they siad that it didn't apply to them ... So, as you can see behind the cut, we did the full walk.

I must apologise for the picture quality - I had Jiffy in his lead, who didn't want to hang around while I worked out the settings ... too much to sniff and explore!

As we started the walk I saw this sign, which I thought was lovely. 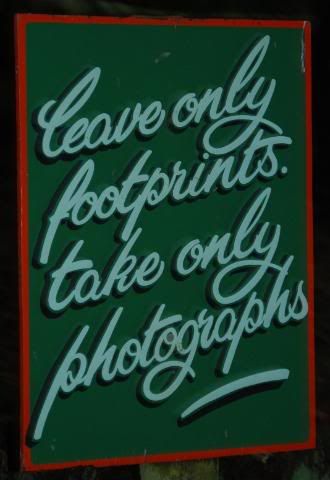 The lower half of the falls, near the car park.

Looking up towards the top.

Dartmoor at its best.

Jiffy having fun ... yes, when we got back he had a bath, which he also enjoyed.  It was a Jiffy-Heaven day.

At the top - the white building in the middle is the shop at the car park.

And so on our way back - it was a slightly easier track home.

Although the weather wasn't great, we had a really lovely time.