As I said earlier in the week in this post, My A, B, C to England   I have now reached the next section of the alphabet ... and have arrived at what was apparantly a favourite county of Lord Byron ... Derbyshire (pronounced Dar-Bee-Sheer)

Another county that I don't know all that well, although I have been to a couple of the places in the dim and distant past whilst a teenager!!

In 1721 John Lombe opened the first silk mill in England.  It was built to accomodate 26 machines and he was able to compete with the Italians.  he died suddenly a year later of unknown causes and it was suspected he was poisoned by his Italian competitors.

Cromford Mill was built in 1771, just outside Matlock by Richard Arkwright - the so-called architect of the factory.  He was a barber and wig-maker and in his travels he came across a spinning machine - which was the prototype of the Spinning Jenny.  he realised that there was money to be made from a macine that could speed up work processes.  Horses could not provide enough power so he found this site, wher he could utalise the water power. 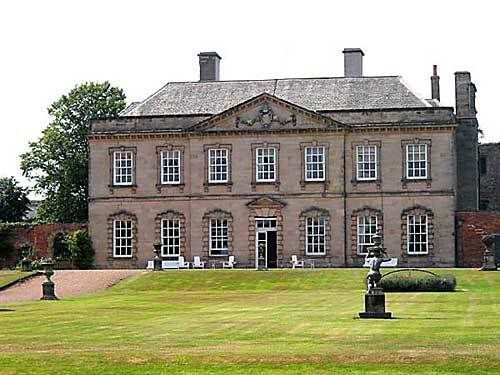 Also from the town of Melbourne is Thomas Cook, who was a strict Baptist and a member of the Temperence Society.  In 1841 he decided to arrange an outing of the local branch to the National meeting in London.  The group paid one shilling and got their return ticket to London - and lunch on the train ... The first package trip had been organised.  He slowly progressed until in 1850 he organised 200,000 trips to The Great Exhibition in London.  In 1872 he offered a 212day round-the world trip.  He died in 1892 at the age of 84

The emporer fountain is Britain's tallest fountain and when built by the sixth Duke of Devonshire in 1844 it reached a height of 269ft (82m).  In the grounds there is also the worlds largest glass house - which was used as a proptotype for The Crysatl Palace of the great exhibition of London in 1850.

The Peak National Park, became the first national park in 1951.  Kinder Scout (2,088ft/636m - the highest point of the Peak District) was privately owned and used for grouse shooting 12 days a year.  In April 1924 The British Workers Sport Federation called for a mass trespass and over 500 people turned out on 24th april.  They slowly ascended to the top, although the gamekeepers and police tried to stop them.  When they returned to the bottom the ringleaders were arrested and jailed for 6 months.  During that trial it was estimated that 10,000 people walked over the Kinder Pass in protest ... Thus forming The Ramblers Association and in 1949 Kinder Scout was nationalised.

Situated at 1,000 ft it is the highest town in England and is also a Spa Town.
The photograph shows the largest unsupported dome in England - which was built in 1881, over the courtyard of stables for the hotel in the crescent (also seen).  It is now part of the Royal Devonshire Hospital.

This is The Rutland Arms  and was the place where an absent minded cook spread the egg mixture meant to enhance another dish, straight onto a strawberry flan - and by the time she realised her mistake she was out of time so served the dish - Bakwell Tart was born!

Gothic stlye dams were built in 1912 and 1916 to form 2 resevoirs to supply water t 4 large cities.  These were then used for the Dambusters Squadron to practice their low-flying prior to the raid on the Ruhr Dams in 1943.  The film was also shot here in 1954.

One extra fact about the county - my paternal grandfather was born here in 1900!!