One of the LJ groups I "do" is Where I Live Day ... this is the week of our posting, so I am cross posting here, for those who don't follow that grouup.

When last we went "WILD" I was living in the costal town of Bude ... with the Atlantic Ocean battering the coast.  Since then I have changed my job and my location and now live in the city of Exeter in Devon -

Exeter is a city with a widespread heritage, including Roman ruins, and a newly, still developing, shopping centre.


My car is the blue car and this is a new-build on an old site, making it the only terraced house on that side of the road. 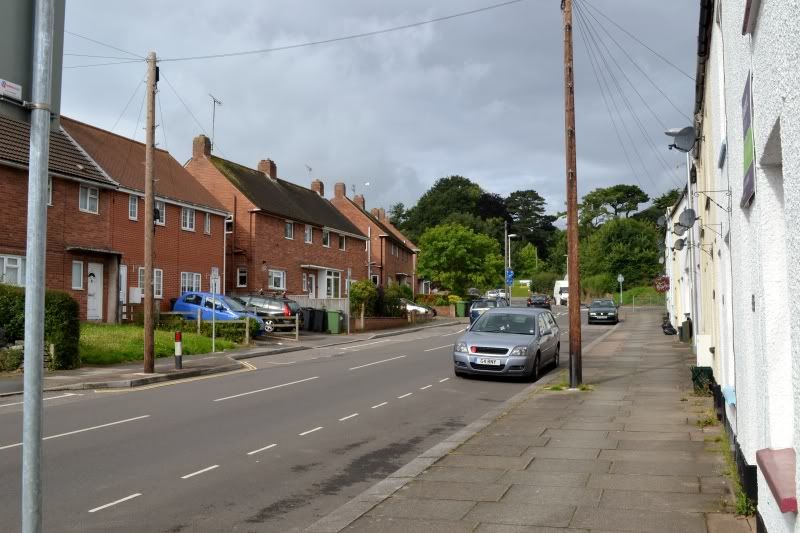 The houses opposite .... the greenery to the left of the picture is the edde of the hospital -

The main entrance of the hospital ... The Royal Devon & Exeter Hospital-

This looks like people working on the building - no, it's "just" art work on the side of the building.

Some of the old Clery housing around the Cathedral -

The North door to Exeter Cathedral.  The building itself was finished by 1400.  I had forgotten to bring my purse with me that had my residents pass in it, so rather than pay the entry, if you wanrt to see photographs of the interior, then look here for a set of photos I took a couple of months ago.

Moll's Coffee House, built in 1726, and St Stephens Church (on the edge of Cathedral Square) -

The ruins of this Church have been left as a piece of sculpture ... the tombstone looking items are plate galss with pottery shards, etc, from local digs -

A memorial to those who were killed in the destruction of Exeter by enemy bombers, notably in May 1942-

One of the now abandonded buildings, that has now been purchased with the plans of turning them into luxury flats.